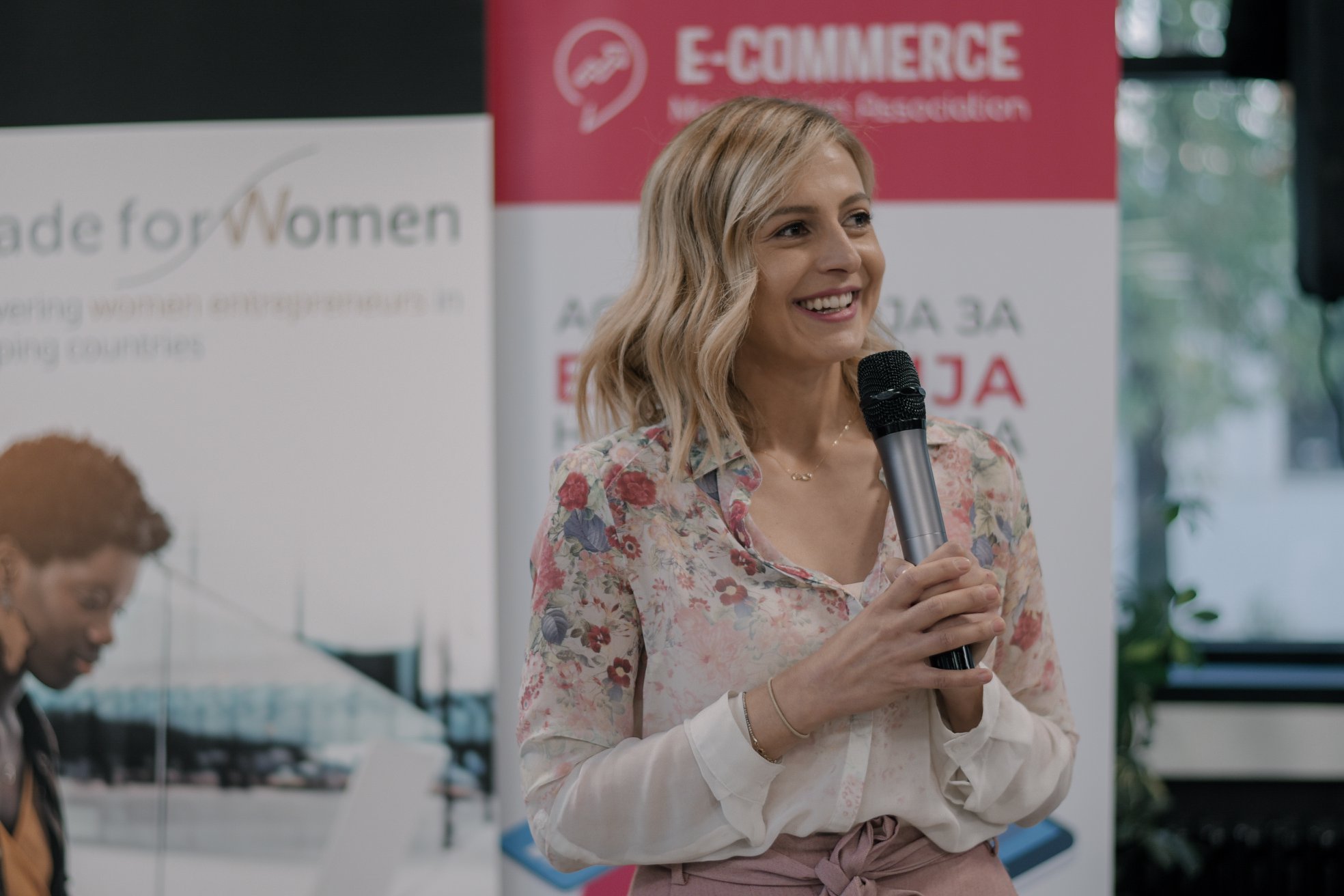 Meet Nina Angelovska, one of the 7 top advocates of the “eTrade for Women” initiative

A handful of women disruptors from developing countries are challenging the status quo to narrow the gender gap at home and further afield. UNCTAD is working with some of these inspiring women to reshape how trade happens online.

Seven women from across the developing world were announced as UNCTAD’s first “eTrade for Women Advocates” on 24 September on the margins of the 74th session of the UN General Assembly in New York. Nina Angelovska, minister of finance of North Macedonia and co-founder of Grouper.mk, was one of the seven top advocates for women in tech, e-commerce.

Ms. Angelovska has worked as a business development and e-commerce consultant, and her work earned her a place in the “Forbes 30 Under 30” in Europe list in the retail and e-commerce category in 2018.

She believes that through digital innovation, fintech and a strong commitment to developing human potential, she can better contribute to sustainable economic development. She is a role model, particularly for women and digital entrepreneurs, and wants to inspire young people to step out of their comfort zone.